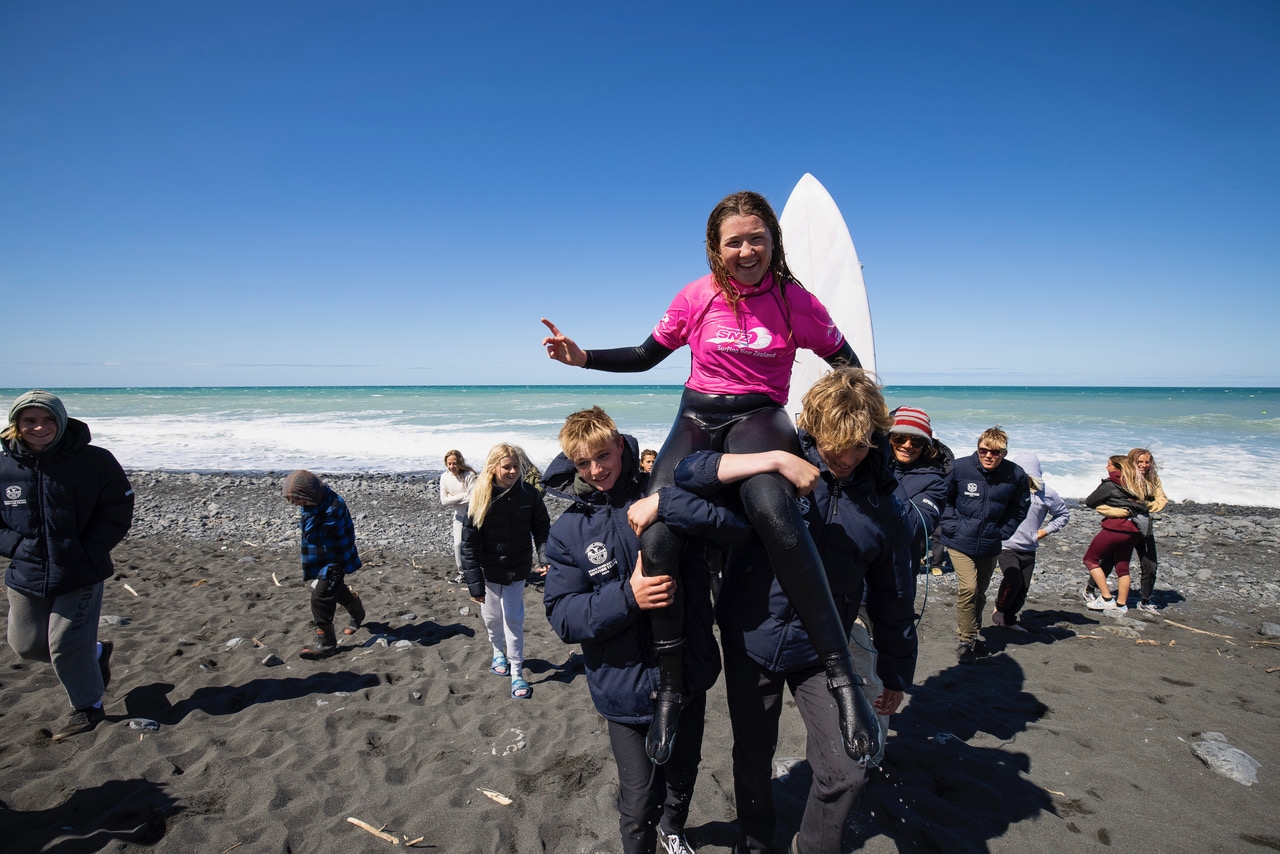 The girls put up some great performances which saw both Anika Ayson and Jaya Reardon making the Under 18 final. The conditions were really tough for the competitors, but Jaya Reardon capitalised on two nice right handers where she managed to perform three major manoeuvres on her first wave. She then backed that up with a massive vertical hit on her second wave to back up her score. This fantastic surfing enabled her to win her first major title and was crowned NZ U18 Girls Scholastic Champion.

Anika Ayson started the final well with a good score but just couldn't find another wave to back it up. She held second spot for most of the final until the dying minutes and was edged into third.

Great results from the girls and I am sure they are looking forward to their next competition.